About this course: In this course, we’ll learn how to link Arduino boards to an internet service. Following this article, you will learn: know how to use Google Assistant to retrieve info understand the IFTTT protocol be knowledgeable about HTTP requests and webhooks able to communicate with your Arduino Google Assistant & IFTTT Applets: The Google Assistant is a virtual assistant powered by artificial intelligence that was created by Google and is largely accessible on mobile and smart home devices. Unlike Google Now, the company’s prior virtual helper, Google Assistant supports two-way communication. It can understand your orders quickly and accurately and recognizes your speech more accurately than any other device.

Although keyboard input is also allowed, users communicate with Google Assistant mostly through natural voice. The Assistant functions similarly to Google Now in that it can conduct web searches, set reminders, and alarms, change hardware preferences on the user’s device, and display data from the user’s Google account. Additionally, according to Google, the Assistant will allow sending money, making purchases, and identifying tunes in addition to being able to recognize items and identify them using the camera on the device.

IFTTT, often known as If This Then That, is a free web-based tool for building applets, or chains of straightforward conditional statements. Changes made in other web services like Gmail, Facebook, Telegram, Instagram, or Pinterest can start an applet. why should you take this course? Learn how to control Arduino with Google Assistant Control your Arduino from your phone or Google Home.Build your own voice-controlled Arduino projects! Learn the basics of Google Assistant and Arduino.Learn how to build an Arduino project that responds to your voice commands.so what are you waiting for? 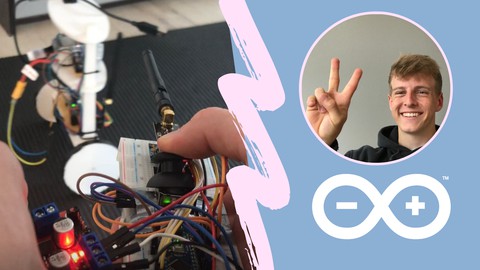 Arduino for Makers – Only for Makers! | Free Courses – Gyaan24.com Speak to your IoT Devices with Your Voice | Free Courses – Gyaan24.com