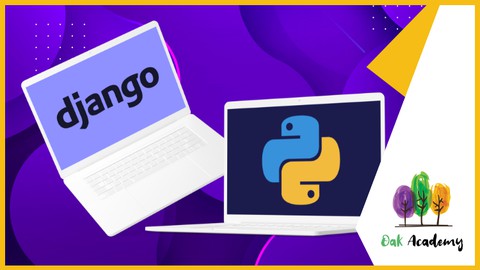 Welcome to the ” Python Django: Learn Django Core From Scratch with Practice ” course.

Django is an excellent framework for new web developers and efficiency-minded veterans alike. Udemy Django courses cover all aspects of Django development, whether you’re interested in using the framework by itself, or adding it to your fullstack development practice.

In this course, we will open the door of the Web development world with Django and try to move deeper. We will learn step by step the fundamentals of Django. Throughout the course, we will do 3 different projects to reinforce what we have learned.

In this course you will learn;

How to install and use Python, PyCharm

Fundamentals Django such as

We also will learn how to use AJAX in Django

How to deploy and run our production with Django

And we use all of this to develop and design three different projects. These projects are: Task Manager, Blogs, and News

If you don’t have experience with Python or you are totally new, we will start with the basics of Python. Before starting Django we will simply comprehend Python Package Managing ( PIP ) tools and virtual environments. Finally, we are going to start Django models, databases, URLs, views, migrations, authentication, cache, and so on.

Django is an interesting framework for developers because it provides the infrastructure required for database-driven websites that have user authentication, content administration, contact forms, and more. Instead of creating all of these features from scratch, you can use the Django framework that is already built so you can focus your time on developing your web app instead.

Django is a Python-based Web Application Framework that follows the Model-View-Controller architectural pattern. As one of the most popular Web Application Frameworks available today, Django has an extensive amount of documentation and extensions available. It is also built primarily for data-driven websites. A non-profit organization and an active community of developers contribute to Django’s platform, which is both open-source and free. The advantages of using Django are rapid development and less code. Django also provides an administrative interface and many bundled components. Websites such as The Washington Times, Instagram, and Nextdoor used Django for development, and employers frequently seek Django developers and Python specialists for web development.

What is Django used for?

As an MVC Web Application Framework, many use Django to develop and deploy web applications rapidly. Django makes it easier for developers to hit the ground running rather than having to build the entirety of their platform from scratch. Mainly, Django is useful for those who are experts in Python — data models, settings, and files all use the Python language. In development since 2005, Django is a mature Web Application Framework with a significant amount of documentation and support, making its utilization attractive to those building complex, data-driven applications. Because Django is well-supported and robust, developers can use Django for large, enterprise-grade applications — but you can also use it for simpler applications.

Python programmers who are interested in low code development prefer Django for its “don’t repeat yourself” model. Ideally, Django can create streamlined programs that require little coding to initialize. It has a significant body of architecture within its components and libraries, and you can administer it internally. Developers primarily use Django for web applications that need to balance large amounts of data and significant loads. Over 2,500 packages are available to extend Django’s behavior, making it a particularly robust platform. Developers interested in using Django can check to see if the functionality they desire already exists. Django is also often favored by full-stack developers who want to be able to build web applications from start to finish, as you can use it for both frontend and backend design.

Is Django frontend or backend?

The frontend design is related to what the user sees and interacts with. Backend is concerned primarily with the data. Django is both a frontend and backend Web Application Framework, unlike platforms like JavaScript’s Bootstrap, which you can use for frontend design. Django concerns itself primarily with the application’s interior workings, such as data manipulation, but is also useful for end-to-end frontend and backend design. A developer familiar with Django may be able to develop their web application “full-stack,” developing the entirety of the web application from front to back. However, frontend and backend work in Django can be separated if desired, meaning you can use Django for one or the other with some work. When separated in this way, Django is compatible with other frontend or backend technology.

Python is a general-purpose, object-oriented, high-level programming language. Whether you work in artificial intelligence or finance or are pursuing a career in web development or data science, Python is one of the most important skills you can learn. Python’s simple syntax is especially suited for desktop, web, and business applications. Python’s design philosophy emphasizes readability and usability. Python was developed on the premise that there should be only one way (and preferably, one obvious way) to do things, a philosophy that resulted in a strict level of code standardization. The core programming language is quite small and the standard library is also large. In fact, Python’s large library is one of its greatest benefits, providing different tools for programmers suited for a variety of tasks.

What are the key considerations when deciding on a Web Application Framework?

What is the model-view-controler (MVC) architectural pattern?

The Model-View-Controller architectural pattern (MVC) is a type of software pattern for creating user interfaces. It standardizes how information flows through an application and makes it easier for developers to control all levels, from frontend to backend. Many Web Application Frameworks today follow the MVC model. Under the MVC architecture, the “model” refers to the data. The “view” refers to the display. Finally, the “controller” refers to the way that both models and views are updated. By retaining this consistency, multiple developers can also work together (both frontend and backend) without potentially retreading ground or overwriting essential items. The MVC model makes it easier to manage interconnected elements while ensuring that the application functions as a whole. MVC is compatible with desktop, mobile, and web application designs.

What careers use Django?

What are some alternatives to Django?

In the world of Python-based web frameworks, there are dozens of contenders. Flask is a popular Django alternative. Those who are new to web development may find Flask easy to adapt to, as its structure is clean and rigid. Both are based on Python, but Django requires more individualized knowledge. Another popular alternative to Django is TurboGears. TurboGears does not have the feature set of Django but has some extensive database management support. Other alternatives include Web2Py, Tornado, and CherryPy. When looking at Django, Flask, TurboGears, and other frameworks, it’s important to contemplate a few factors: price, support, community, features, and integration. While many are better for niche situations, developers often consider Django to be the best all-around.

What is AJAX in Django?

AJAX stands for Asynchronous JavaScript And XML, which allows web pages to update asynchronously by exchanging data to and from the server. This means you can update parts of a web page without reloading the complete web page.

What is Django used for?

Django is a high-level Python web framework that enables the rapid development of secure and maintainable websites. Built by experienced developers, Django takes care of much of the hassle of web development, so you can focus on writing your app without needing to reinvent the wheel.

In this course, you need basic knowledge about Python.

This course will take you from a beginner to a more experienced level in web development.

You will encounter many businesses that use Python Django for web development. Today, big organizations such as the Instagram mobile website, Mozilla, and Openstack are using Django. Thanks to the large libraries provided, the number of companies and enterprises using python is increasing day by day. Python is the most popular programming language for data science processes in recent years. The world we are in is experiencing the age of informatics. In order to take part in this world and create your own opportunities, Python and its Django library will be the right choice for you. With this course, you can step into the world of web development.

It’s no secret how technology is advancing at a rapid rate. New tools are released every day, Python & Django updates its system, and it’s crucial to stay on top of the latest knowledge. With this course, you will always have a chance to follow the latest trends.

All our content is created/produced as high-quality video/audio to provide you with the best learning experience.

· Moving through the course without distractions

See you on the other side! 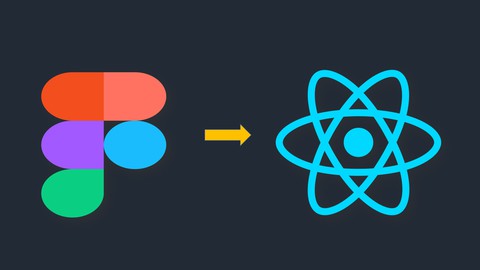